Want to bulletproof your immunity and support your thyroid? You need to stockpile your natural antioxidants! When you supercharge this “antioxidant potential” you give your immune system and your thyroid a real boost. And, if you’re wondering ‘where have I heard about antioxidants before?’ They are the things skincare companies tell you their anti-ageing moisturisers are full of – so double win.

Why are antioxidants important for our immune system?

Viruses and bacteria produce oxidants, which are reactive forms of oxygen that damage cells and age you faster. Simply, they are bad news. We’re also getting exposed to oxidants if we have an autoimmune condition (such as Hashimoto’s thyroiditis), if we frequently eat chargrilled/ blackened foods or breathe polluted air, or maybe we have not had a very varied diet over the years. Where you can end up, is a situation in which you have too many oxidants and not enough antioxidants.

Revving up your antioxidant status at times like these is a really good idea. While vitamin C seems to get all the praise when it comes to immunity, there’s another molecule that is the under-recognised supporting actor who deserves the starring role – glutathione.

Glutathione is one of the most important molecules in the body – almost like a magic elixir of health. Too little of it and you are at risk of developing one of the most feared health conditions facing us today, including stroke, Alzheimer’s disease, and heart disease.

But when levels are adequate or high, that’s when the magic happens. You are not only likely to have protection from the conditions above, but you are also increasing your chances to have amazing energy, glowing skin, healthy detoxification, strong heart and brain function. Glutathione has also been identified as one of the key nutrients to lower the autoimmune reactivity in conditions such as Hashimoto’s thyroiditis by lowering inflammation in the thyroid gland and promoting a reduction in TPO antibodies.

Glutathione is made up of three amino acids called cysteine, glycine, and glutamic acid (or glutamate). Research shows that glutathione primes the white blood cells of the immune system and helps them produce more infection-fighting substances so they can control both bacterial and viral infections.

Eating the right foods to naturally increase glutathione can help keep you fighting fit. There are a small number of foods that naturally contain glutathione.

Some other foods contain the building blocks needed to make glutathione (they are the pre-cursors – the warm-up act); these are foods containing cysteine and other sulphur-containing foods, and selenium.

Good foods to choose are onions, spring onions, shallots, leeks, kale, bok choy, rocket, spring greens, watercress and radishes.  Some spices, such as turmeric, cinnamon and cardamom, have compounds that can also help to restore healthy levels of glutathione and its antioxidant enzymes.

Alpha lipoic acid (also called ALA) is a critical co-enzyme that helps recycle many antioxidants, including vitamin C, E and also glutathione. It is well known for its anti-ageing effects on our cell’s energy factories, the mitochondria.

Good food sources of ALA include:

Selenium – a building block of antioxidants

Selenium is an important trace mineral with antioxidant effects, including providing a building block to the production of glutathione. Studies have shown that selenium may reduce oxidative stress by increasing the body’s antioxidant capacity and glutathione production.  Selenium is also an extremely important nutrient for thyroid function as it supports the conversion from the inactive thyroid hormone T4 to the active thyroid hormone T3.

Good dietary sources of selenium include:

Does your diet provide you with sufficient antioxidants to support your immune system and your thyroid?  Are you finding it challenging to prepare meals or find recipes that include the foods mentioned above?  Why not get in touch? 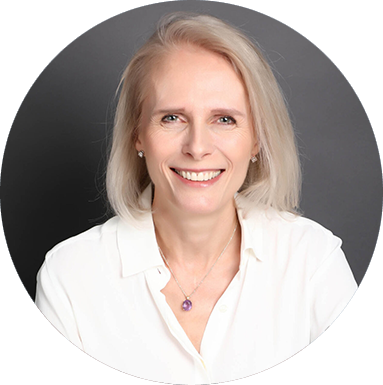 I’m Antje, a Registered Nutritional Therapist and Coach. I focus on helping my clients regain their energy and resilience by resolving their digestive issues and hormonal imbalances, helping them manage their weight or providing a foundation for healing an underlying auto-immune disorder.